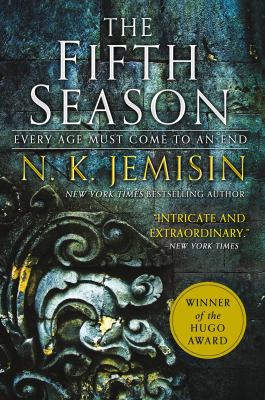 “The Fifth Season by N.K. Jemisin is everything a great fantasy novel should be: It has masterful worldbuilding, it has a magic system, it has multiple storylines that hold a mirror up to the best and worst of humanity. The story and the storytelling, though, go above and beyond into brilliance. There’s a world on the edge of destruction, and there’s an entire class of people who are othered and feared and hated by that world even as they’re being asked to save it. Some of the story is told in second person, which, I mean, who does that? A bold genius, that’s who.”

Stewart Fuell ran away from the circus to join the library 12 years ago. He lives in central Arkansas with his partner (an angel) and two sons (sometimes angels). He leads Word Virus Book Club, the least-reputable book club that will have him.